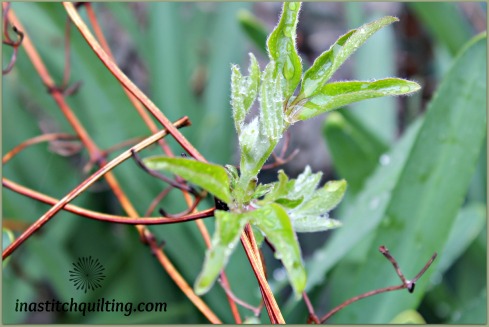 Did you ever have one of those days when nothing seemed to go as planned? You know when everything you had on your agenda hits some sort of speed bump? One thing leads to another and you find yourself heading in a totally different direction. I had one of those recently. It was the end of the month so it was time for my monthly appointment with my checkbook. Incorporated in with that task was an online visit with my financial institution. I’m not particularly fond of doing my bookkeeping in spite of my extensive bookkeeping background. Scheduling limited activities of that nature suit me just fine.

I set out this morning to spend the better part of my day recording my recent activity. First up on the agenda was to download my transactions from my financial institution. I made first one, then two and finally a third attempt at logging on to their website. All three attempts were met with failure. Now the issue at hand was not my inability to remember my user ID or password. I have been known to stumble with that a time or two. The issue was a website that just wasn’t working. I kept getting the message that their server was down. Drat’s! How could their server be down when I needed it? Didn’t they know I had psyched myself up just for this purpose? How could I possibly mentally prepare myself to reschedule this for another day?

Shall We Try Again?

After diverting my attention in another direction for almost two hours, I sat down at my computer to check one more time. I brought up my financial institutions website only to be disappointed once more. The message on their website still spoke of a server problem. Out of desperation I telephoned the user help line to inquire of the intended duration. The polite assistant, on the other end of the phone, relayed the message that it would most likely be at least three more hours before the online feature would be operational. “Sigh!” Looks like I need to abandon my record keeping activities for now. Besides my computer typically decides to do all sorts of record keeping and adjusting of its own every time I turn it on. Two hours ago it decided to do a backup. Competing with that function usually ends up in frustration. On to Plan B. I guess I will take my sweet little Sadie for a walk instead.

The temperature was in the upper 60’s and the sky was gray. A quick check of the weather forecast told me rain showers were a possibility but the threat was not imminent. I made the decision to give it a try. I located my tennis shoes and jacket and slipped them on. Of course I had to get Sadie and her leash as well. Together the two of us headed outside for a leisure stroll around the block. As we sauntered around our first corner I began to wonder how accurate the weather prediction had been. The sky seemed a bit more threatening than I had anticipated. As we drifted even further from home I felt a few raindrops. Not wanting to chance being caught in the rain I turned Sadie around and headed back in the direction of our property.

We arrived back home only slightly dampened by the falling moisture. Rather than totally abandoning the opportunity to spend time outdoors I grabbed my iPad and led Sadie to the bench on my front porch. There Sadie made herself busy exploring the nooks and crannies of the cedar rocking bench while I sat and recorded this post. All was not lost. My previously pre-planned day continued to evolve. What the final outcome would be who knew? The only thing certain was my necessity to be willing to morph my day’s plans to meet my ever-changing circumstances.

Thanks so much for stopping by! 🙂